Cranes are amazing birds. They teach as patience. They are very protective.

Be free. Fly as high as you can

Accept others just as they are. Be kind, share the space. The sun shines to all the people.

We always want to make sure that “Safety is First” and that people are responsible to practice their professions. Authorities make sure people are safe. That’s why there are all kind of rules and regulations, test and licenses imposed:

We know that we have had children and young adults killing at school and even parents and siblings killing each other at home. Teenagers who got bored have gone out in a killing rampage.

Base on the premise that children are good people, parents are responsible defenders of the first amendment, and that the NRA wants more good people with guns to defend themselves from the evil ones.

Meditate on each question. Close your eyes. See your/a child. Place your hand in your heart. See the pain of a parent with a child in the grave.

Note: if this article comes to you at a time of grief due to violence, please receive my condolences.

We are leaving to our children a world full of hate, bitterness and intolerance.

A world where everything is solved by screaming, insulting, offending, humiliating and harassing.

A world where evil becomes good and the good is perverted.

A world where morality is over, ethics and professionalism are things of the past.

A world where if someone is bored or does not like something or someone, simply eliminates it without disgust.

A world where violence is fed every day by our leaders in government and social media.

A world where everything we want, even if we do not need it, we must have instantly.

A world lacking of role models.

A world confused between freedom and debauchery.

A world where families members are strangers.

A world where technology is used to plan evil.

A world where friendship, love, laughter and care are reduced to an image or a forward message.

A world that worships evil in what we wear and the lyrics we sing.

A world where parents don’t have peace when their children are at school.

A world where children are no longer safe.

A world where every child must learn to kill to survive.

A world where selfishness counts more than the well-being and safety of people.

A world in need of God.

A world in need of prayers.

Life can be very similar to this bonsai. Tangled, confused, with twists and turns; but in the end everything was necessary for the pretty foliage that adorns it.

Grow a bonsai is a complete art that has been practiced in Asia for many centuries. They come from the same full size seed, but in small containers and carefully trimmed and trained to have a unique beautiful and elegant bonsai. Just like life; parents bring into the world a baby. The happiness of holding that baby brings the vision of the future adult we want him to become. Parents then start feeding the baby with the best food they have in store. Parents want the baby to grow a strong man, so they expose him to the sun, to the water and the mud.. They play with him, they also teach and correct him in love in hope that he becomes their dreamed adult. In other words, they trim and train him. In the end, after all the twists and entangles comes the joy of a child we are proud of.

We can also compared it with our mistakes, sins, sorrows and failures; but if we persevere, the end could be a beautiful bonsai.

What makes a great individual? A good one? A weak one? Strong Roots do.
I’m talking about character, success, compassion, acceptance, tolerance, faith, values and love.

A solid foundation in the family is passed from generation to generation. It’s reflected in the adult, the professional, the future parents and in the governments.

Just like a family is attached to Christ the root, children are attached to the parents, the trunk. It’s amazing to see that normally the strong trunk is one big unit just like parents in agreement. Then, they split. Each one doing their activities; perhaps, working. The branches are the children; some are strong and some are weaker but they all depend on their parents. Each branch is unique, they take different directions and shapes… and so, the children and the children’s children… just like a strong beautiful tree. Just like a strong harmonious family.

“How my mother helped me to overcome bullies”

My mom was my hero all the way! Between the two of us there was a magic  connection. she was able to share her heart to me without fear. She was strong , just and wise.  She was love! My dad also had a great communication with me. I remember I used to read the Colombian newspaper  every day to talk to him.  Our daily conversation were endless. I guess I can say that there was not one day of their lives my parents didn’t hear from me one way or the other.

My book is not a scientific book, nor should it be considered as the only way to prevent bullies.  The book is simply the experience of someone who underwent mockery from childhood  due to the physical appearance. I tell how family passes from generation to generation traditions,  behaviors and how families can get involved to help a child who is a bully or the one that is being bullied. No degree is necessary to raise a healthy family.  My parents came from two very different upbringings. My father was an abandoned child. My mother on the other hand, lost her mom at age 10 and by age 13 she was orphan, but surrounded by the love of her brothers and sisters. Their starting was not the best,  but they managed to raise a family of 8, with values, character and honesty.

Life is what we make of it. We either take courage to go on with dignity and decency or we let the circumstances take control of us. We choose what legacy  to leave behind.

I started writing this book back in 2010  after my dad passed away. It actually was hard for me to do it, so I put it aside. This month is the first year since my mom passed away and I decided to publish the book.

The book is available in Amazon. END_OF_DOCUMENT_TOKEN_TO_BE_REPLACED

Look at the healthy thorns the roses have;

They please my heart, they nurture  my day and mind.

See  the garden with flowers, weeds and many colors, END_OF_DOCUMENT_TOKEN_TO_BE_REPLACED

Apart from the subject of politics, we have become a society of “instant satisfaction.” It’s OK to be fast, it’s great to have quick responses but to pretend changes in life must be instant, it’s problematic.  Today we accept sabotage, we oppose to anything and everything in most cases just to call attention, to let someone or the world know “I’m here, I matter, and I’m powerful.” Here are some facts. END_OF_DOCUMENT_TOKEN_TO_BE_REPLACED

“If your child prefers to meet with their friends at their home or by social media, you got a problem. If they prefer to meet at your house and enjoy social media openly with you, you are lucky.”

It would be great to have a degree in parenting, but no. Parenting is not a synonym of perfection.  As parents, we strive to give the best to our children, but when we want to become perfect parents, END_OF_DOCUMENT_TOKEN_TO_BE_REPLACED 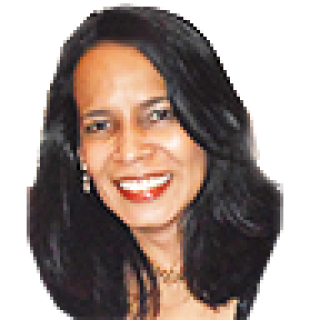